Half the story has never been told. When will it be told? In fact has it been told while the audience is half distracted or simply oblivious to the tale? Only time will tell.

In a paper that I wrote for the Rastafari United Front’s 1st Research Colloquium on Rastafari (Date 19-20 December 2015), held at Freedom Heritage Park, at the Sanctuary in Pretoria, South Africa; I began with the following quotations, I will explain later why I did so.

But to balance the Socio-Economic aspect of my presentation with the radical Psycho-Spiritual nature of the Rastafari movement which I now represent, I also added this quote from the book called the Supreme Yoga ( Raja Yoga):

“My delusion is gone. Wisdom has been gained by your grace. I remain free from all doubts. I know what there is to be known. The ocean of illusion has been crossed. I am at peace, without the notion of “I”, but as pure knowledge.”

The Rastafari movement is going through a natural transition. As a movement that emerged out of the Black Diaspora’s varied responses to colonialism, imperialism and spiritual conditioning, the Dread concept has had many influences incorporated into it, but what still looms large is the Judaeo-Christian foundations of its ideology.

(The Holy Piby was written by Robert Athlyi Rogers, who founded an Afrocentric religion in the US and West Indies in the 1920s. Rogers’ religious movement, the Afro Athlican Constructive Church, saw Ethiopians (in the Biblical sense of Black Africans) as the chosen people of God, and proclaimed Marcus Garvey, the prominent Black Nationalist, an apostle. The church preached self-reliance and self-determination for Africans.
The original is very rare.

There are no copies listed in either the Library of Congress or the University of California catalogs, which is highly unusual. The Holy Piby was banned in Jamaica and other Caribbean Islands in the middle and late 1920s.
Today the Holy Piby is acclaimed by many Rastafarians as a primary source. ), the general concensus from many Rastafarians is that Rasta’s are the ‘True Christians’, worshiping the ‘True Christ’ in the form of Ethiopia’s Haile Selassie I. 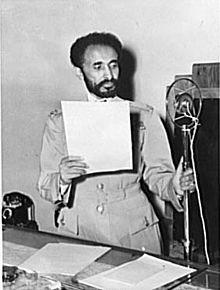 This may be a subjective telling of story of what I see as one of the most influential Cultural movement of the 20th and 21st century, but the aim is to elucidate on some few crucial points. The first point is that Rastafari is not accepted as part of the Christian or Judaic doctrinal tradition. In fact the early Rasta’s were radically opposed to the colonial establishment and its various churches. Later on we hear Bob Marley and the Wailers singing “I feel like bombing a church, now that I know that the preacher is lying.”

Peter Tosh later sings a rendition of their hit song Get Up Stand Up, “Most people think/ Great God will come from the skies/ Take away everything/ And make everybody feel high/ But if you know what life is worth/ you will look for yours on Earth/ And now you see the light/ you stand up for your right …”

Basically, it is clear that this is either a movement with a healthy propensity for self-criticism or it is simply a cult that is perpetually at war with itself. The Hebrew/Eurocentric scriptures are questions, scrutinized and reinterpreted, but mostly never rejected. The few Rasta’s who dare to turn away from the Scriptures are either ostracized,  rejected,deemed delusional or they simply move away from the main mansions of the movement.

Herein lies the crucial contradiction of this otherwise great movement. It is a quasi-religious entity that has won the hearts of adherents from all nationalities globally. As much as it still boasts its share of so called Black Supremacists, there are now as many Caucasian, Chinese, Mexican, Scandinavian, German, Japanese Rasta’s as there are Black ones. All of them revere the former Ethiopian emperor as the Divine Personality.

In enters the Bantu Rasta. The heliocentric, indigenous knowledge toting and essentially Black conscious radicals. Rejecting the Bible, the rites related to Christian Orthodoxy and all references to Zion etcetera, the Bantu Rasta is a disturbing, if not destabilizing phenomenon in the whole seemingly harmonious atmosphere of the Roots and Culture movement. The Bantu Rasta by questioning the validity and historicity of the Israelite/Ethiopic tales thrusts a white elephant in the smoke filled room and forces all to look.

What do we see? Borrowed knowledge assimilated and ingrained so deep into the psyche of potentially radicalized people to the extent that it frustrates their natural development. The Bible quoting Rasta may not behave or look like the conservative or general Christian or Jew, but his and her claim to the promises of Jehova’s kingdom seem valid, infact the Rasta’s view themselves as the sole chosen people of the old Mesopotamian god Elohim/Jehovah/YHWH/El Shaddai etc

No matter how much evidence that the average serious Rastafarian gets to contradict the validity of their religious claims, it seems that the Judaeo-Christian spell is stronger than the Truth. In fact, the Rasta’s have become synonymous with all the negative aspects of the Judaic ethos’s. You cannot be more patriarchal than the Rasta. You cannot be more dogmatic than a Rasta priest, and you cannot spew the ‘holy’ or hola name of the Hebrew god more fervently than the average Rasta. Everything is punctuated with JAHHHHHHH Rastafari!

Let us now turn to the matter of Intelligence. The type of intellectual ability and practice that is not taught in schools. I posit that despite all these structural or historical contradictions, the Rastafari is one of the most dynamic, intuitive and environmentally sustainable Spiritual movements to ever appear on Earth. This is partially due to its mixed heritage from Afrika, the Middle East and the Far East.

I know that if channeled properly and rescued from obscurity and mysticism, the Rastafari have the ability to make this world a happier and a more beautiful place. Their vegetarianism or ital nutrition is just one aspect that can be explored for all its merits. The use of the holy herb Marijuana is another aspects that can be exploited for the benefit of all nature. But these are subject matters that require longer analysis and I shall revisit them on this platform in due course.

I mentioned the matter of intuitive intelligence. Having dealt with it in many other platforms, suffice to say that I would rather present it in the form that I presented it at the Rastafari United Front’s colloquium last year. This is what I wrote as a brief abstract.

“Indigenous knowledge and wisdom, notoriously known as Indigenous Knowledge systems have been getting a lot of merited attention lately. While this is phenomenal news for practitioners and scholars globally, there is an unsettling impression that the intellectual work is not reaching or connecting with the hearts and minds of ordinary folk. This is the same stigma that has been attached to the spiritual and intellectual tradition of Rastafari. Part of the challenge has to do with Language practice, language use and documentation methods. But there are also the insidious internal conflicts that exist among people, African people in this particular instance who are engaged in a cultural process that is both intuitive and doctrinal. The Rastafari is not an evangelical way of life, but leans too heavenly on the pro-Israelite or Biblical tradition and too loosesly or vaguelly on the Afrikan Traditional Spirirual experience and sciences.”

This pro-biblical overdetermination may be attributed to the colonial experience and its missionary work among enslaved Africans. The teligion of the master becomes the faith of our forefathers no matter how transformed or reintepreted. If it still dependa on the bible as promary source or authority, that faith is still in chains.

But the Ethiopian Orthodox persuation on the Rastafari divine objective is also another ironic problem. No matter how advocates of the Bantu Rasta or Kemetic connection attempt to wrestle the movement from dogmatic biblical tendencies, the Father of the movement was a prophesed Chrisrian. So how can your God have a God?

The simpliest answers have always revolved around the theory of reincarnation  incarnation and the old Throne of David and Solomon and Sheba myth…But a deeper analysis of Ethiopian, Kushite, Kemetic and many other Afrikan kingdoms and queendoms reveals clearly that Afrikan believe that their rulers are Gods representatives on Earth.

So Rastafari is not far off the mark when they say Ras Tafari is God. But what about all the other kings and queens of Ethiopia and all thr other Afrikan countries. When the rulers act unjustly how do the worshippers bring him or her to book? What are the laws governing social justice and abuse of power?

The Egyptians always had Ma’at.

The Bantu have Ubulungiswa and Ubuntu. So how far are we from returning to these noble ideals? Cn they be achieved within a capitalist and antiblack world, and can they flourish alongside half blinded faith?

Short articles on African Art and tips for enthusiasts

Love in Action is Soul - Sun Rise to Son Set